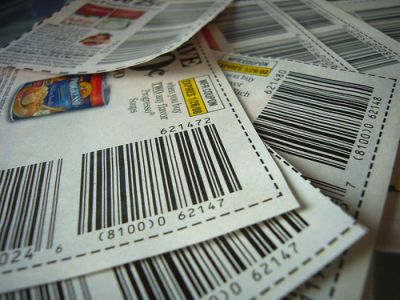 As someone still struggling to pay off my student loans and who was raised by a “thrifty” father (that’s code for cheap), it may come as no surprise that I love finding a great deal—especially in New York City where just about everything seems so grossly overpriced. That’s why I jumped at the opportunity to tell y’all about a site I recently found called 8 Coupons, which is basically a site that allows you to either print or have paperless coupons texted to your phone (the more environmentally friendly route). This may not be quite as good as finding free things to do in New York, but it could still save you some of that hard-earned dough. While the idea of simply showing a cashier a coupon on your phone seems a little sketchy to me, they claim it works. Plus, when you are walking away from that café with a buy-one-get one free coffee you’ll be pretty glad you tried.

Granted, a lot of this site offers up coupons that seem more like advertisements than real deals, but if you look through enough of them, you are bound to find some good ones. Plus, while I’m hardly a coupon clipper, I certainly have no shame in using coupons to get that free second slice of delicious New York pizza or even 20% off your next meal at certain restaurant. I even saw one coupon on here for Senor Swanky’s Speakeasy for a buy one, get one free margarita. Free margaritas? Where do I sign up?

Because I am a girl always on the hunt for a bargain, there are of course plenty of other ways to enjoy the Big Apple on a budget. Check out some of my other posts on how to do New York on the Cheap: