What to Eat in New York: Famous New York Foods

New York City is one of the cities in the world where you can eat good food. From street food, to local staples, to fancy restaurants, you surely won’t get hungry during your stay here.

Anyone who has seen at least a movie set in New York, already know that everyone eats pizza, bagels or hot dog, but if these don’t appeal to you – or your diet doesn’t accommodate such items – you’ll be happy to know that that’s not all you can eat here. If you look at the variety of cuisines served in the New York restaurants, you can easily taste the cuisines found in every country of the world.

Here is a brief roundup of some of the most famous New York foods. 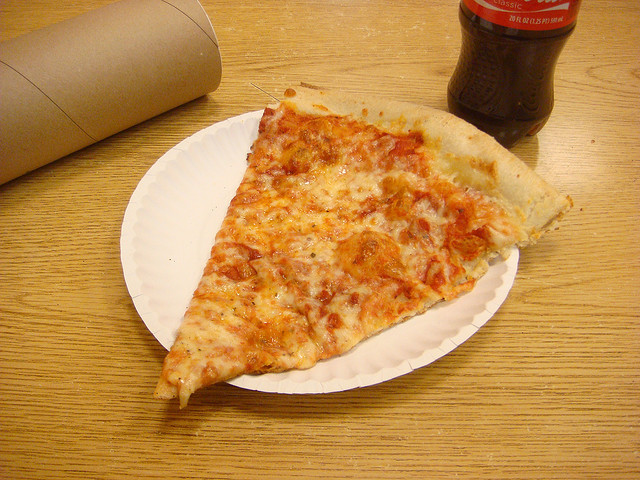 A New York Pizza has a thin crust, plenty of cheese and various toppings. The slice is absolutely huge, so do what the others do to tackle it: fold it length-wise and try to jam it into your mouth.
There are plenty of pizzerias all over the city and the taste doesn’t differ much from one to other, so it doesn’t really matter where you get it from, but who you are share it with.
And yes, if you stay out late and you are hungry on the way home, you can bet there’s at least one pizzeria open to settle your craving. 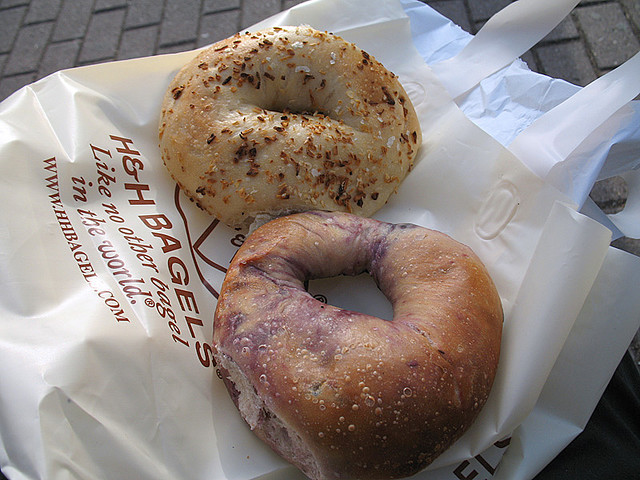 The New York Bagel cannot be compared to anything else in the world. It is doughnut-shaped , with a chewy interior and an outer crust. It arrived in New York with the Jewish immigrants from Eastern Europe and many can argue that New York Bagel is the best in the world.
You can get bagels anywhere in the city, but stay away from the tourist sites. So go to Brooklyn in your search for the perfect New York Bagel. Go early so that they are warm and straight from the oven. 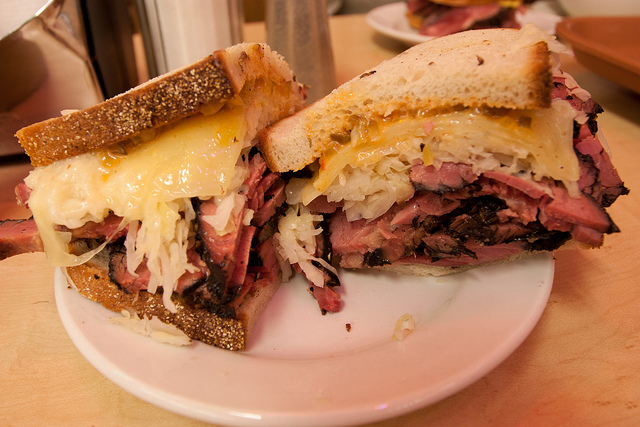 This is another food brought by the Jewish immigrants to New York. If you like beef or pastrami, then this is the food for you. 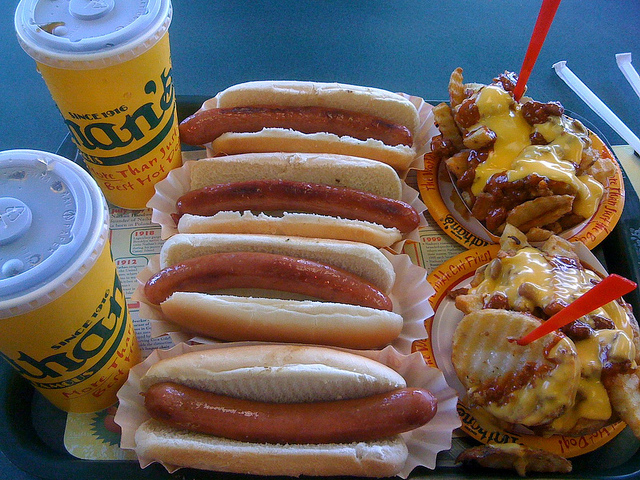 Anyone want a “dirty water dog”? Yes, that’s how the locals call the hot dog, which is sold all over the city by vendors with their pushcarts. Choose one with everything or just go for your favorite topping (mustard, ketchup or relish). 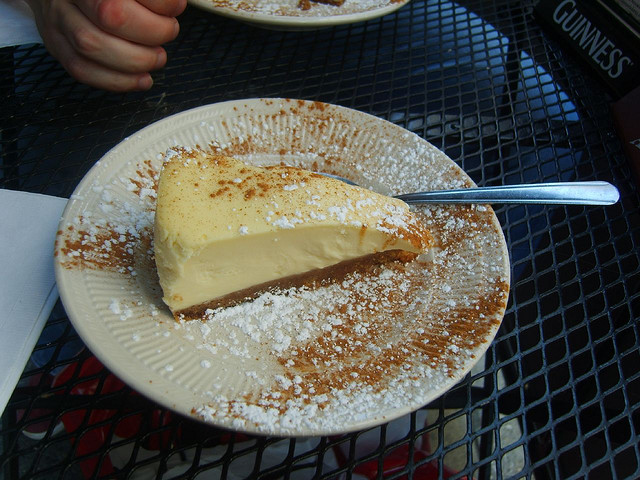 This lovely desert has been made famous by Lindy’s and Junior’s deli in New York. The rich and consistent cake made with cream cheese, eggs and heavy cream is a must try after any meal. Of course, now everyone makes it and wants to eat it. But for the real one, just go to the Junior’s. 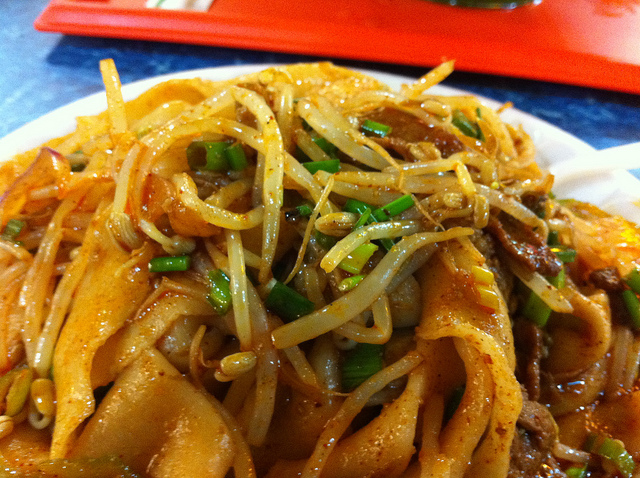 Chinatown is loaded with places where you find Chinese food but it’s not the best place to go for this type of food. Instead , go in any other Manhattan neighborhood and you’ll find excellent quality and low prices. 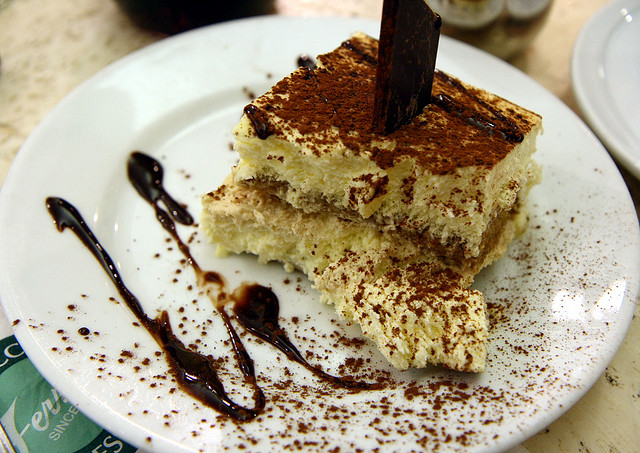 Pizza might be of Italian origin, but you can go to Little Italy and try other Italian food, as well. This area of New York has shrunk down to three blocks of Mulberry Street but there are enough choices for the visitor. The quality is good and the prices are low, thanks to the competition. 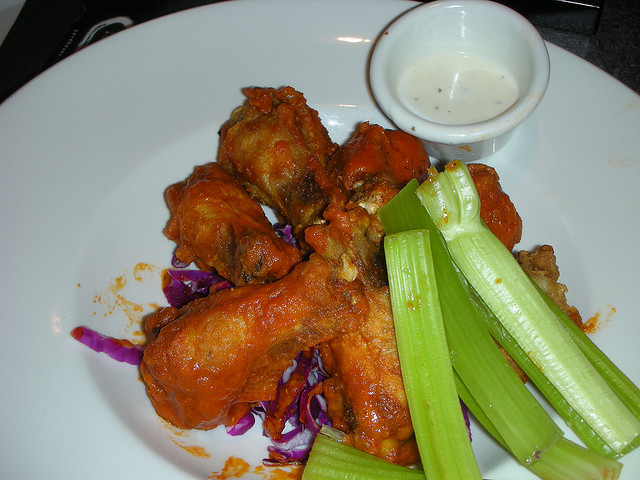 To try this famous local food, you need to get out of New York City and go to …exactly, Buffalo. We all know what these are and probably many of us have made them at home already, but the best ones are to be found where they were invented. By the way, when you order them here, ask for “chicken wings”.
Traditionally , the chicken wing section is fried un-battered and the sauce is added after that. The classic sauce is the cayenne pepper hot sauce and butter. They are served with celery sticks and ranch dressing.