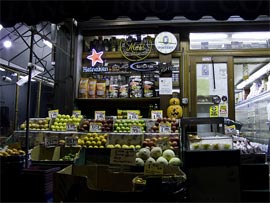 Let’s face it, for the most part drinking in New York City can be a budget killer. In most places a pint of beer starts at $5 and can be as high as $7 even in a normal bar. Wine and mixed drinks are even worse, though there are some good happy hour deals that we will discuss elsewhere.

Back in college you probably learned the trick by necessity that getting loaded first at home can save you a lot of money, allowing you to just sip a few expensive drinks later. That same strategy can work in New York, but finding the booze can actually be tricky unless you know where to look.

Finding beer is really easy, but anything stronger than that can only be purchased in a state licensed store, and those stores don’t sell anything else. They are also fairly expensive, and they tend to close by 9pm at the latest. So, if you want to make rum & cokes you have to buy the rum at a liquor store, and the coke at a market. This is a common system in several other US states and in some other countries, but it’s annoying everywhere.

So if you want to buy the hard stuff you’ve got to seek out an official liquor store. They are privately owned, but highly regulated. Ask at your hotel or https://www.newyorklogue.com/hostels/ for the nearest one, but don’t expect it to be too close because there just aren’t many of them in hotel neighborhoods. And, as mentioned, they tend to close much earlier than you’d expect as well, so plan ahead. 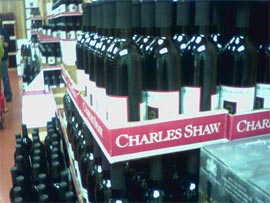 You can buy wine at those same liquor stores, but it tends to be strangely expensive, even for the cheap brands. Expect to pay $7 or so for the cheapest bottle, and it probably won’t be that good. But the good news is since 2006 there is now a Trader Joe’s Wine Shop next to the new Trader Joe’s market at 142 East 14th Street, between 3rd Avenue and 4th Avenue. It’s almost always crowded, but they have dozens of wines under $5 a bottle, including the famous and delightful Charles Shaw/Trader Joe’s Brand (It’s Charles Shaw everywhere outside of New York, where they have different laws for labels). For $2.99 you can get a very drinkable chardonnay, sauvignon blanc, cabernet sauvignon, merlot, or shiraz. It’s not the best wine you’ve ever had, but most agree it compares favorably to wines costing around $10 elsewhere in the city.

Don’t try to buy wine at a grocery store. If you see wine anywhere except an official liquor store, it’s going to be low-alcohol wine (probably from the Diana Vineyards) and it’s terrible and only about 6% alcohol. It’s not even a good value because it’s so weak.

This is also harder than it should be. If you are staying near Times Square or in Midtown you haven’t got too many choices, but they are out there. If you happen to have access to a refrigerator you can seek out a grocery store. There are a few in every part of Manhattan, but they are smaller than most US grocery stores, and are often hard to find since they don’t have a parking lot or even a big sign. Ask someone at your hotel or hostel and they’ll tell you where the closest one is. The problem is that most grocery stores don’t sell cold beer, though it does tend to be cheaper than other places.

The next cheapest place is at a deli or small market, which you’ll find on nearly every corner outside of Times Square and Midtown. If money is an issue you should walk away from the tourist or business areas and you’ll save quite a bit. At a fancier deli in Manhattan a can of beer might be $1.50, and a 6-pack will be $9, since they don’t offer bulk discounts. But if you look around a bit you can find them selling for $1 each, and in some places they even have specials where a giant 24 ounce can will be $1 or $1.50, which is your best deal of all.

The great thing about the delis, especially the ones in Manhattan, is they tend to be open very late, or all night. You can buy beer at any hour these days, even though bars close at 4am, theoretically.