Where to Watch the World Cup in New York 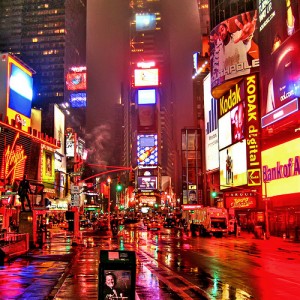 We’ve been reading up on all the places in New York to watch World Cup matches. But, here’s the thing – to our utter surprise and amazement, not everyone in New York is a tourist or blogger at home in their pajamas. It appears people go to something called “an office” everyday!

What difference does that make? Well, unless you’ve been living under a vuvuzela-less rock you know that the World Cup is in South Africa, which means that the matches New Yorkers want to see are during the workday because of the time difference.

So, while it may seem like a wonderful idea to watch the World Cup at South African restaurant Madiba, not everyone can head out to Fort Greene at 10AM on a Tuesday.

With this in mind, here are the places where New Yorkers sneak out of the office and catch some of their favorite World Cup matches. Strange for a travel website, I know; but if you’re visiting New York, it’s totally valid to want to hit a bar where New Yorkers are shoveling in food and screaming at televisions in the middle of the day.

It’s quite a sight, I assure you.

ESPN Match Truck
Make the match come to you! Check out their website or Twitter for news on where the truck will be showing the match. They’ve been doing some great deals with food trucks nearby, so you can grab a bite while you watch the match.

Beckett’s Bar & Grill
81 Pearl St. (212) 269-1001
Two stories of sports bar madness with IMAX screens. You know those guys who go apoplectic on the trading floor? This is where they go apoplectic over the World Cup.