Watch the Ball Drop in NYC 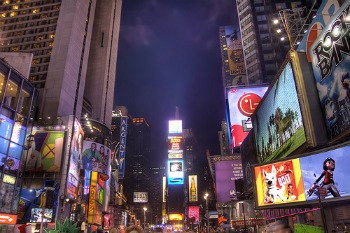 Around the world, New Year’s Eve is a time of celebration, a time to usher out the old and in the new, to resolve to be better, and to close out the year with a final big bang. There are dozens of amazing places to ring in the New Year; in the US, there’s none so iconic as Times Square in New York City.

Celebrating the ball drop in what feels like the center of the New Year’s Eve universe isn’t a cheap experience though. Hotel rooms in NYC are always expensive; at New Year’s costs become astronomical, if you can even find a room. But there seem to be plenty of JetBlue deals to New York, even around the holidays, so if you can find a cheap flight and happen to be lucky enough to have friends with a comfortable couch, well then you just need to follow a few New Year’s travel tips to ensure a good experience. The scene in Times Square is pretty intense, and you don’t want you first memory of 2011 to be a bad one.

For many people, New Year’s Eve is the perfect time to be in New Y0rk; for others, it’s a nightmare. If large crowds aren’t your thing, check out some of the travel deals from New York City. You can spend a few days in the Big Apple, and then ring in the New Year in a way that fits your travel style.