Things To Do In The Bronx

Get Your Floral Groove On at the Bronx Botanical Garden 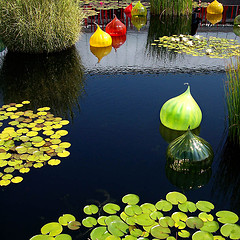 Casting a powerful bouquet of aromas since 1891, the Botanical Gardens may be one of the city’s most renowned landmarks. Right next door to the Bronx Zoo, let the soothing fragrance of over 3,000 roses at the Peggy Rockefeller Rose Garden conclude a long day of rowdy animals. One million live plants make up the dozens of curated gardens and the native forest that grows on its extensive 250-acre landscape.

Open all year, the destination blossoms with special exhibits, concerts, guided tours and classes for everyone. The gardens also have the one of the most influential botanical research centers, the only fresh water river in New York City and the largest pressed plant herbarium collection on this side of the globe.

The City’s Most Captivating Fauna; the Bronx Zoo 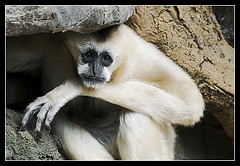 Opened at the turn of the century, the Bronx Zoo was the first of its kind to move animals from cages to more naturalistic habitats, and is currently the nation’s largest urban zoo. Home to more than 4,200 animals, the zoo features the 6.5 acre Congo Gorilla forest complete with mist, lush terrain and the company of 300 animals.

For a view from the top, the Skyfari give visitors an aerial tram ride, without the heavy trekking. Get some face time with Asian gibbons, hornbills and tapirs among equally exotic plants and trees at the indoor Asian rainforest. And if you plan your visit for Wednesday, admission is free!

A New House Takes the Reins in Bronx; the New Yankee Stadium 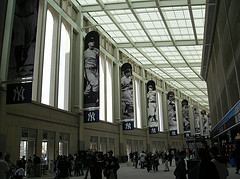 Ok, so Ruth’s House has shut down for good. But just across the street is the house George (Steinbrenner) built…a beaming new state of the art Yankee stadium – and even if you’re not a bombers fan, this piece of baseball real estate is not to be missed. The controversial $1.5 Bil price tag had many New York tax payers crying foul, but these dollars paved the way for larger seats and a 59 x 101 ft high-def video board. The limestone exterior and manual scoreboards next to the bullpens are reminiscent of times’ past. And highlighting every stadium tour is Monument Park. Faces of icons like Babe Ruth, Lou Gehrig, Joe DiMaggio and Mickey Mantle grace the space and the Park also commemorates the retired uniform numbers of 16 players and managers who have made outstanding contributions to the Yankees’ captivating history. 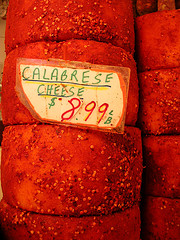 For the foodie’s real deal, it’s only Arthur Avenue. This gourmet paradise hosts the supplest meats, oozing mozzarella, canoli’s filled on the spot, and the freshest pasta made to order and suited for anyone’s budget.

Named after President Chester Arthur, Arthur Avenue and 187th Street is known to locals as the real Little Italy of New York and will likely satisfy the pickiest palette. Mayor Fiorello LaGuardia launched the area’s most beloved institution in 1940, called the Arthur Avenue Retail Market.

It combines bread makers, sausage makers, cafes, florists, restaurants, fish markets and butchers all under one roof. Let the locale’s whiff of freshly brewed espresso and baked pastries take you away from Mulberry and back to Italia…Bronx style. 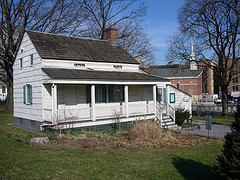 Built in 1812, the cottage will take you back to an era when the Bronx was just acres of farmland and a famous poet penned some of his most recognized works.

After losing his wife, Virginia, to tuberculosis, Edgar Allen Poe spent his final years in this three-room farmhouse in the1840s, and wrote classics like Annabel Lee and The Bells. Visitors can see the restored house just the way Poe experienced it. The main floor includes a 19th century cast iron stove, a desk, rocking chair and mirror that may have been used by Poe.

Guests can also view an award winning audio-video documentary capturing Poe’s life in this part of the Bronx and the making of a literary genius.

Reverence Revitalized, Discover the Opulence of The Grand Concourse 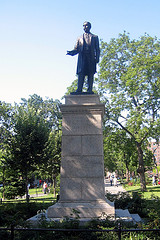 One of New York’s main arteries – this 20-block thoroughfare captures the eminence of the Art Deco architecture of the 1920s modeled after Paris’ Champs-Elysees. Now celebrating its centennial, the boulevard is undergoing a revitalization where an international competition on ideas for housing, open space and transportation are currently underway. Along this 4.5 mile stretch, visitors can also visit the tree museum.

About 100 marked trees will have a sign with a phone number and code to listen to short recordings of people speaking about the Bronx, their lives and their works. Bronxites understand the ‘course represented a symbol of prosperity to the borough before the economic decline in the 1960s. An address on this street marked social status. Among the residents during its glory days included Stanley Kubrick, Milton Berle, Penny Marshall and E.L. Doctorow. But watch out, the ‘course is due to rise again.