Things to do in Manhattan

Oh New York, New York. Where to begin? This infamous island is much more than just a large hunk of granite. It has actually become a living, breathing thing over the last 300 or so years. Its pulse never stops beating, no matter the time of day or night or year. It has endured some of the worst conditions that a city’s had to face, and at the same time boasted the best of the best in culture, entertainment and diversity. NYC’s numerous neighborhoods supply a taste of everything for every type of traveler and while visiting, it is impossible to find a lack of things do in Manhattan. 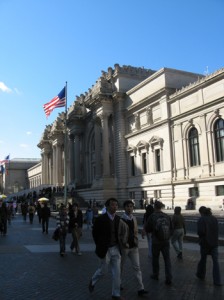 Museums are some of the more famous and frequently visited locations in Manhattan. For patrons of the arts, popular destinations include the must-see Metropolitan Museum of Art, the Museum of Modern Art, and the Guggenheim.

In addition, there are also a number of smaller scale sites such as: Frick, a private collector of the old masters housed in an old NYC mansion; the Jewish Museum, which, true to name, features famous Jewish artists of both past and present; the Whitney Museum of American Art, which has over 10,000 items in the permanent collection and also focuses on film and performing arts series in its temporary exhibits; the New Museum, a trendy new contemporary art venue that appeals to a younger hip demographic and shows work by up and coming artists and the International Center of Photography, a breath of fresh air from paint and sculpture in that this museum houses only photographs, video and film, boasting over 100,000 pictures in its permanent collection alone.

For the serious art lover, a trip to the Chelsea area is a must do. This hip neighborhood has some of the best galleries in NYC and the surrounding areas. It not only exhibits work by famous names of the past but fabulous contemporary artists as well.

The area is great to wander around in, especially between 10th -11th ave and 21st-27th streets, as you are sure to stumble into a venue showing something fantastic. Be sure to wander not just horizontally but vertically as well, as some of the venues hidden upstairs can be just as delightful. However, if you find the sheer number of galleries a bit overwhelming or intimidating, some of the better ones to check out include Pace-Wildenstein, Zach Feuer and Cheim and Read.

The other two art oriented neighborhoods are Soho and West 57th St, midtown.

Historical museums are also very popular amongst visitors, including: the world renowned Museum of Natural History, featured in numerous Hollywood films; the Cloisters, a compilation of the actual buildings of monasteries of Southern France and Spain, that house breathtaking art and numerous artifacts taken from all over the world; the Intrepid Sea, Air and Space Museum, a spectacular nautical site that allows tours of a massive aircraft carrier, as well as a submarine; and the Lower East Side Tenement Museum, a nostalgic and sometimes horrifically grim glance back in time to immigrant life in old New York.

NYC isn’t simply old masters and high-brow culture. The city still maintains its notorious reputation for its love of the weird, edgy and unconventional aspects of life. Some great museums that exhibit the quirky personality of Manhattan include: The Museum of Sex, a thrilling site with a permanent collection of sex in the media, pleasure devices, and other provocative topics; two of the biggest branches of both Madame Tussaud’s Wax Museum, with phenomenally realistic versions of popular celebrities including Barack Obama, and Ripley’s Believe It or Not! Odditorium, the home of the truly obscure and strangest marvels in history; and the NYC Transit Museum, located in an old subway station that has preserved ancient cars, turnstyles and other such train related memorabilia. 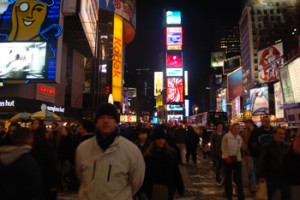 Although most people wouldn’t imagine themselves going all the way to NYC just to watch a movie, going to the theater in this town can be a true New York experience as well, and you just might need the few hours to rest your weary feet. One such type of theater that exemplifies the colossal NYC feel can be found in Times Square. Although you will pay the high price for the real estate of the movie house, the lights, escalators and massive screens are definitely worth a trip to the movie district at least.

However, if you want the true big city experience, spring for the IMAX ticket, which although will cost your pocket a pretty penny, is truly a phenomenal visual feast.

If you’ve had enough of the big city feel and are looking for the little nooks that tourists often overlook, New York can supply you with some excellent film art or offbeat theaters that reflect the more cultural side, rather than the money-grabbing tourist traps.

One such theater is the Film Forum, which has increased in popularity amongst film-buffs as of late. The movies shown here are the best of quality and include premiers of foreign and American art films by both experienced and up and coming directors, in addition to screenings of some great, but lesser known, classics. Another similar venue is the Angelika, a larger independent film house that plays mainly current and state of the art flicks better known to movie fans. Both of these locations mainly attract New York locals and are great places to people-watch as well.

A hidden gem of New York, Rooftop Films, far surpasses any other movie experience in the city and is much less renowned because of its seasonal occurrence and its desire to remain underground. This summer festival, housed at multiple venues all over Manhattan and the surrounding boroughs, exhibits a series of seriously indie pictures in the best locations possible, literally outdoors on the roofs of high up buildings. Not only will you see movies that you probably can’t find elsewhere, but the spectacular views of the city, as well as the organizers’ insatiable love of wine, will make this outing completely worth your while.

Shows, bars and museums are great and highly recommended, but if you find yourself running low on funds, don’t despair! There are still tons of things to do on a low budget if you know where to look, starting with a walking tour of the world without ever leaving the island.

Chinatown is a bustling and somewhat chaotic district that will transport you to a completely different country not only in sights, smells and sounds but most importantly, in prices! Canal St. and the surrounding area is famous for its knock-off designer ware and tacky souvenirs, and is less known for, but just as experienced in, authentic Asian cuisine.

The low prices of the area make it a desirable site for any traveler, but do be cautious about getting ripped off. Keep in mind that purchasing knock-offs from these vendors is illegal so be sure to assess the risk. Some vendors will invite you to the upper floors of buildings where they keep their stockrooms filled with the highest quality of illegal merchandise and these sites are usually relatively safe. But really, your best bet to ensure security and legality is to stick to the street vendors and keep an eye out for cops… Oh New York.

Little Italy is another well known country-within-a-city and is famous for its restaurants and top of the line Italian cuisine. The bakeries in these areas are also highly recommended, as they tend to be run by families straight from Italy who really know their pastries. If you’

re interested in the history of this area, there are walking tours that can give you a bit more insight as to how this neighborhood was established and its colorful history involving the mob.

Harlem, though in the past has gotten a bad rep, has developed into a great place to see. Dependant on the economic status and crime rate of the neighborhood at the time of your visit, it’s best to explore this area during the day and a historical walking tour is highly recommended. But do not dismiss the exhilarating nightlife that this community has to offer. Businesses like the Legendary Lenox Lounge, which is outstanding for authentic jazz, and the Cotton Club, which exhibits an exhilarating dancing scene that will transport you back in time, are excellent places to start, to name just a few. 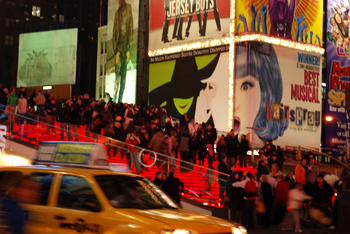 Manhattan has presented some of the most extraordinary theatrical and musical performances the world has ever seen. But a common misconception about these shows is that they cost top dollar because they all take place on Broadway. One of the best parts of NYC is that you don’t actually have to spend hundreds of dollars to see a good performance, even if your heart is set on a venue on the Great White Way.

Many theaters have day-of ticket sales where you can go in earlier to buy admission for somewhere in the $20 range, as well as student and group discount tickets, so be sure to check out the theater’s website before paying heaps of money. In addition, if you don’t have a specific play that you’re dying to see, take a look at off-broadway plays (this literally means the theater is not located on Broadway Street). These plays tend to be just as good if you do a bit of research and pick one with decent reviews, and this way you can also avoid the crowds.

If theater isn’t your thing, be sure to check out the numerous jazz and music clubs that New York has to offer. You can often see/hear big names for low prices if you pick the right night and the right location, so keep an eye out all over the city for swanky lounges and music café’s if this sounds like your type of thing. Some of the best venues include Iridium, Blue Note Café, and Birdland.

Some of the biggest names in comedy got their start in NYC and pay homage to their hometown by continuing to perform here, often at small, local theaters and clubs. A more popular location is the Laugh Factory at Times Square, that has been known to have celebrities on the ticket, while the frequently hilarious Upright Citizen’s Brigade Theater not only boasts big names but also supports high quality, unknown, rising talent. Some of the perks of these comedy clubs are the laid back atmosphere and the surprise celebrity guests that have been known to just show up and perform, such as Jim Carrey and Robin Williams, if you’re lucky. However, even if you aren’t blessed with the luck of the draw, the caliber of these shows is still well worth the attendance.