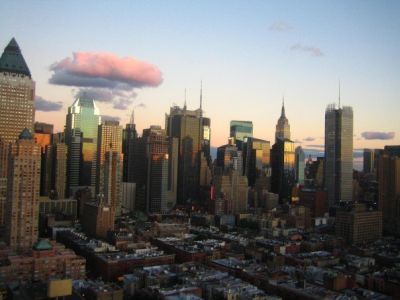 I have been navigating the post-college world for a few years now, and while I certainly don’t miss the homework, cramming for midterms or constantly stressing about school work, I do miss the house parties, Friday afternoons off, and, most of all, my friends (who all lived within a few blocks of me). Since it is my friends who make me miss college life the most (and who are now spread out across the country in New York, DC, San Francisco and Portland), I am often scouring the internet looking for great deals and cheap flights to go visit them. Since there seems to be an especially high concentration of my college friends now residing in the Big Apple, this means I am frequently specifically on the hunt for good deals on flights to New York.

Luckily, since New York is such a large market with several airports to choose from, there is not one carrier that dominates the market here (meaning more competition and therefore cheaper fares). With so many passengers coming to and through New York City’s three airports, however, you may also have to do quite a bit of searching to find the very best fare.

Discount carrier JetBlue releases deals every Monday, often with cheap fares to New York, which can be a good way to score the very best deal on your ticket to NYC.

For me, knowing that I have friends’ couches to crash on also means that I get to avoid usually very pricey hotels in New York. Extra money spent on an overpriced hotel room would seriously dip into my drinking money I planned to spend reliving the glory days, which is why I try to avoid staying in a hotel when I’m in the city.

However, not all people are as lucky to have friends willing to put them up on their couches in often cramped New York City apartments, which means some budget travelers headed to New York may have to find other ways to save cash. While hostels are not widespread around the rest of the U.S., you will find a wide selection of cheap hostels in New York (many of which are also very nice), which can be a great way to cut your travel expenses down without having to stay far out of the city.

For those who aren’t sure about shared bathrooms and dorm accommodations, the USA Today recently reported about how New Jersey hotels are luring more and more New York tourists with their cheaper rates and skyline views. Both Jersey City and Hoboken offer killer views of Manhattan from across the Hudson and hotels in the Garden State tend to be much cheaper than those on the island. You’ll also get a much bigger bag for your buck—bigger, nicer hotel rooms for a whole lot less money.

Until the day I can afford to stay in the Ritz Carlton, I think I’ll opt for my friends’ pull-out couches and hospitality.