Taking a Break from NYC 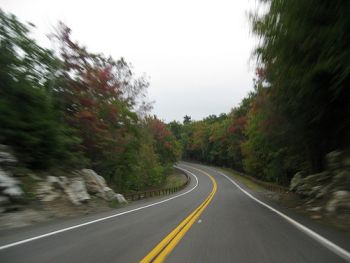 Despite the high cost of living and sacrifices that can sometimes be required of it, there are lots of good reasons to love living in New York.

Sure, the rent is high, but it’s an enormous savings over any of the decent hotels in New York that visitors have to shell out for whenever they want to visit the city, and you still have the entirety of New York City at your doorstep. Locals know the best places to eat – the places the tourists never seem to find, because doormen are paid to direct people to specific places – including where to find some of the best local dishes worldwide, since many of them are right in NYC.

If you know a New Yorker, they’re the best people to act as your guide around the city itself.

But if you are a New Yorker, there are also excellent reasons for getting out of the city.

Summers can be a challenge in New York, largely because of a combination of two factors. First, it can get hotter than Hades in the city, and with all that concrete and asphalt the heat streaming down just ricochets off of all the hard surfaces and re-doubles its efforts to make a person sweat through a shirt in ten minutes (and this isn’t even including the humidity). Second, even though the weather is less than ideal in the summer for spending long hours trudging from one attraction to another, that’s precisely when most travelers have the time to spare so the summer crowds can be unbearable to locals who get stuck behind slow-moving visitors on sidewalks and the subway.

Summer is, therefore, a time when most New Yorkers take as many weekend roadtrips out of the city as they can. There are so many destinations within a few hours’ drive from the city – from those within the state of New York to any number of states nearby – that it’s hard to resist the allure of a long weekend (or even a short one) to escape a muggy New York City summer.

If you’re jonesing for a getaway, whether to get a break from uncomfortable weather or not, you don’t have to set your sights too far away from NYC to find some excellent city break destinations that will satisfy your cravings for a holiday without breaking the bank or requiring loads of extra vacation time.