Saving Money on a Trip from New York to Italy 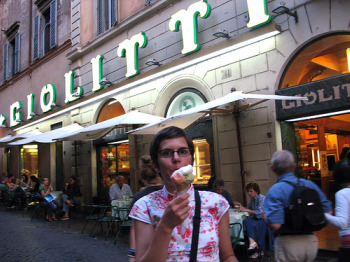 There are plenty of reasons to love living in and around New York – and one big one (for travelers, at least) is how cheap the prices tend to be on flights from New York area airports to popular destinations all over the world. A quick comparison of the prices on fares from New York’s trio of airports to cities around the globe with the fares from other airports in the US shows that almost any time of year, the flights out of New York are cheaper – especially on flights to Europe.

When you’re reading through Italy travel tips, the reviews are usually mixed on whether buying an Italian rail pass actually saves money. Back before Italy was part of the European Union and still using the lira as currency, it was generally cheaper to just buy train tickets as you went along your trip rather than buying a rail pass ahead of time – individual tickets were so cheap at that point, and Italy hadn’t really introduced high-speed trains at the same level of neighboring countries.

Today, while there are still some cheaper trains, many of the most popular train routes tourists travel during a trip to Italy now have really fast trains – which are, in addition to being faster, much more expensive. It’s these faster/costlier trains that make buying an Italy rail pass a wise investment, because when you take enough trips on these trains you definitely save money with a rail pass.

Another way to save money when you travel in Italy is to look into whether a city has a discount card available. These cards tend to include a combination of attractions and transportation, usually with some sights you can get into for free and others where you get a discounted admission price. The cards can seem expensive if you’re looking at the up-front cost, but you really need to break down what you’d get for the price of the card to see if it would save you money in the long run. Two cities that have discount cards are Rome, which has the popular Roma Pass, and Venice, which has a variety of discount cards.

A trip to Italy probably won’t be the cheapest vacation you could plan, but since you’ll pay far less on airfare flying out of New York than most people in the US would pay, it’s worth considering for your next holiday.