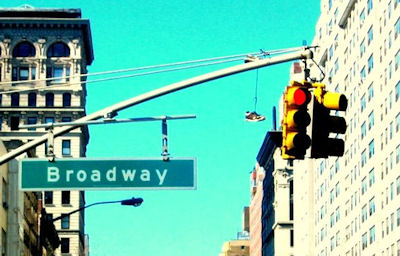 New York – home to Carnegie Hall, The Apollo Theater, Broadway, and more. This City of Music has kept the world singing, grooving, and applauding since its birth, and it’s no surprise that it gives back to its inhabitants setting up several concerts and performances for free. The following list highlights some of the most popular free shows for the summer of ’09.

New York and Broadway have become almost synonymous, especially with an increasing number of shows available around the world. Yet nobody can beat the stellar performances offered in New York itself, and to give visitors a taste of the magic, the company is offering free performances during the summer. These one-hour shows on Thursdays present 2-3 songs from selected Broadway shows. The performances include scenes from Phantom of the Opera, Avenue Q, The Little Mermaid, Mary Poppins, Rock of Ages, Jersey Boys, Shrek, Wicked, the Lion King, Mamma Mia!, and Billy Elliot. Come sing along with the stars on July 9th, 16th, 23rd, and 30th, and August 6th and 13th. All shows run from 12:30-1:30 in Bryant Park.

After musical theater we have the famous drama and comedy of Shakespeare. There are two methods that allow visitors to receive free tickets. Both are somewhat time-consuming, but it’s hard to beat free Shakespeare.

The first option is walking to the park to pick up your tickets. Beginning at 1pm visitors can pick up free tickets at the Delacorte Theater in Central Park to evening Shakespeare and other performances. There is a limit of 2 tickets per person, and it’s almost guaranteed that the line will be long, but if you have some extra time it’s worth the wait for free classic and modern shows.

The second option is the Virtual Line. After registering at https://vline.publictheater.org/account/index.asp, you may sign in starting at 12pm on the day of the performance and sign up for 2 free tickets per account. Then, between 1-6pm, you may sign in to see if you have been selected in the daily lottery for those who receive tickets. The tickets won’t close until 6pm, so you’ll want to check up until then. Though this option doesn’t require a wait in line, it does require internet access and the ability to keep checking back on the site to see if you’ve gotten tickets. But again, it’s a small price to pay for a guaranteed excellent performance.

Also known as Central Park Summerstage. The venue is located in at Rumsey Playfield in Central Park. Most concerts and events are free, and feature performers such as M. Ward, Béla Fleck, Les Nubians, the Metropolitan Opera, and Q-Tip (there are more than 20 events scheduled for the summer). A few shows ask admission as part of a benefit concert series.

For lovers of the classics this is a rare must-see. During one week in July – the 14th through the From July 14-20, the Philharmonic will present 4 free concerts. Check them out: July 14th and 17th in Central Park, Manhattan, July 15th in Prospect Park, Brooklyn, and July 16th in Van Cortlandt Park, Bronx. All shows start at 8pm, so for those who want a good seat, make sure you arrive at least an hour or two early.

Lincoln Center Out of Doors

The Lincoln Center caters to some of the most diverse and worldly talents and its audience becomes much of the same. To boost visitors’ intellectual stamina, the center is offering free events for all ages nearly every day during the month of August, excluding weekends. Shows range from dance, world music, children’s performances, opera, and more. Stop by the center on your visit around town to see what’s playing that day, and make sure to plan it into your schedule if possible.

As is tradition, the Today Show presents free Friday performances throughout the summer in Rockefeller Center. Performances in July and August include Rob Thomas, Rascal Flatts, The All American Rejects, Katy Perry, Kings of Leon, Jason Mraz, Flo Rida, and Natasha Bedingfield. Performers begin at 7am, and recommended arrival time is 6am if you want to be near the front.

Though these are few and far between, if you’re one in the crowd who’s going to be in New York on these free concert days, then you’ve found yet another reason to keep your wallet in your pocket. The last two orchestral shows of the summer are on July 21st and August 4th, located at the Naumburg Bandshell in Central Park. Both start at 7:30pm.