New York Nude Beaches–Fun and sun for your buns

Looking for a nude beach near New York? All undressed but nowhere to go? Well don’t worry about letting that perfect skin go to waste, there are several nude beaches near Manhattan and more nude resorts if you look upstate. 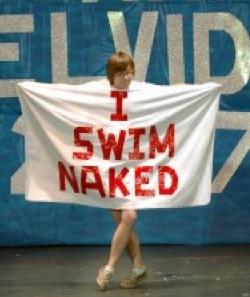 It seems the need to extinguish tan lines is growing. Although nude and topless beaches are not the norm in New York the way they are if you hop over the Atlantic to most of Europe, where “camping” means living nude for a few weeks, there are a fair number of places around Manhattan where you can go to get a tan in those hard to expose places.

Be forewarned, nude beaches are not about showing off gorgeous bodies and if you show up to gawk at the beautiful people, you’re likely to learn a thing or two about gravity. That said nude beaches are places to have fun just like a regular beach, so get past those repressed body-image issues and, um, let it all hang out at these topless and nude beaches near New York City

Cherry Grove beach is a clothing-optional sunbathing area in the Cherry Grove community on Fire Island. Cherry Grove is quite possibly the first and oldest lesbian, gay, transgender and bisexual community in the country. While gay activities and couples are the norm, straight men and women are welcome. 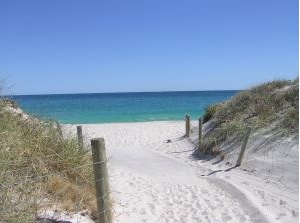 Walking toward Kismet Beach, signs greet visitors and warn that nude is the norm from this point on. It’s actually more like half and half. There are some topless folks and some full nude people, but also plenty of folks in swimsuits and no one is making a big deal about any of it on this beach also on Fire Island. Large and uncrowded, Kismet Beach is a great way to get away from summer beachgoers if you’re tolerant of extra skin.

West of Kismet Beach, east of the lighthouse, Lighthouse Beach is one of the most popular nude beaches in the New York City area. Nearly a mile from Kismet beach but easily accessible by car, Lighthouse Beach allows anyone to go topless or more without feeling out of the ordinary, unless you want to visit the lighthouse, then clothing is required.

The easiest beach to reach however, is Gunnison Beach, in New Jersey just a short ferry ride away from the glass and steel spires of Manhattan. Gunnison is one of the largest nude beaches in America, with a community movement that regulates etiquette on the beach, limiting the use of cameras and banning glass containers. Nearly 5,000 naturists each weekend during the summer. Although public nudity is illegal in New Jersey, Gunnison is on federal land and is not subject to state laws.

If you’re looking for the type of total immersion nude experience that you just can’t get with one day at a nude beach, Juniper Woods, in upstate New York is a family friendly, fully nude lakeside resort that caters to your need to fully disrobe. The resort stresses being respectful to other campers, sitting on your own towel when nude and is emphatically not one of those resorts in the Carribean that offer all-inclusive packages that you would not be inclined to tell your grandmother about. Instead, its like a summer camp, but you’re not allowed to take pictures of your friends without their explicit consent.