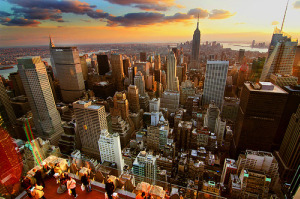 After two years of attending the BlogHer conference – in San Francisco last year and Chicago this year – I had already kind of made the decision that it wasn’t really the conference for me and that I probably wouldn’t be going in 2010. And then I heard the 2010 BlogHer is in New York.

I was wavering for awhile after that, thinking about how long it’s been since I’ve been to Manhattan and how much I’d like an excuse to go back, but thankfully the conference I’d prefer to go to anyway has also decided to make New York the setting for its 2010 edition, too. So, yay! I’ll be going to New York for a conference, and it’s a conference I’m genuinely excited about, too.

The conference I’ll be attending is the 2nd annual TBEX (Travel Blog Exchange) conference, and even though I’d probably end up going to the conference no matter where it was held it’s a huge plus that it’s in a city I really haven’t spent enough time in since adulthood. The conference isn’t until June, but I’m already plotting ways to spend a week or two there working, visiting friends, and exploring a city I really feel like I should know better.

For travelers, New York really represents that famous melting pot that the United States is supposed to be. Sure, there are mixes of cultures and nationalities all over the country, but no city in America has blended newcomers so well and for so long. It means you can experience several culturesl without leaving the city – how’s that for efficient sightseeing?

The problem is that New York is not cheap – either to visit or live in. So even if I’m attending a conference for part of the time, I’ve got to be pretty budget-conscious if I want to extend the trip at all.

Flights to New York shouldn’t be too much of a problem, since there are so many airports in the New York area to choose from and such high traffic in and out of all of them. Nevermind that all three NY airports have terrible reputations – our threshhold for the air travel experience has been reduced to almost nothing anyway.

No, it’s in the accommodations department where you could end up losing your shirt if you’re not planning in advance or doing your homework. Cheap hotels in New York tend to epitomize the old saying that you “get what you pay for.” I’m not super picky when it comes to hotels, but I do prefer a room that’s clean, safe, and rat-free. I know, crazy.

The problem with so many of the budget-friendly hotels in New York is that they’re either sub-par when it comes to cleanliness or they’re in a bad part of town or they’re so far from everything that you’ll be spending a fortune on transportation to get anywhere. And if you have the misfortune of trying to book a room during a big event, then the list of cheap hotels in NYC gets even smaller as the occupancy rate increases.

Nearly everyone who plans a trip to New York is focused on Manhattan, and that’s easy to understand – but it’s specifically the hotels in Manhattan that tend to be so expensive. So if you’re planning a New York vacation that’s not totally all about Manhattan, or you just prefer the idea of a hotel that represents a little more of real life, then why not consider one of the many hotels in Brooklyn? There’s enough to see and do (and eat!) in Brooklyn to keep you entertained, although it’s not the usual New York attractions you’ve come to see.

Unfortunately, a Brooklyn base won’t work for me and the TBEX conference – but assuming I can make a longer trip there work out in 2010, that might entice me into coming back sooner than once every 5-7 years like I have been.