New York’s concert scene runs the gamut from classical to hard rock, so no matter whether you call yourself Maestro or Slash on the weekends, there’s most likely a music venue with something you want to see. 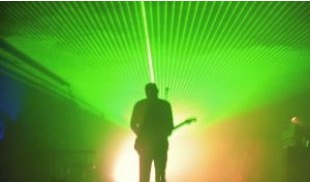 Musical acts also range from the biggest bands in the world playing a massive free show in Central Park or a rooftop to the completely underground shows in the back room of some anonymous bar in the Bronx. The trick is finding the right show for you, with the right crowd at the right price.

Although outdoor concerts are popular and considerably easier to find during the summer months, there are concerts all year round if you know where to look. Some good, all-purpose resources for shows and concerts in New York are Pollstar, which has an extensive database of bands and shows and beethere.net, which keeps track of your favorite bands and can even search your iPod for upcoming shows by the bands you’ve stored in your portable music player.

Find a show in New York with Pollstar

Indie music is short for independent music, which basically means it’s pop music before anyone knows the name of the band. New York is a great place to be discovered, so lots of indie groups show up in New York ready to put on their best show. 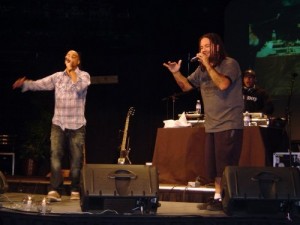 Hip-hop and rap are now the most popular forms of music in America and concerts are part of the urban culture of New York. Some would say that New York partly invented the music during the Harlem Renaissance, others would argue, but either way, the music remains a key part of black culture and has been adopted by nearly every culture in America. The most popular New York rap concerts are found in the biggest venues, like Madison Square Garden and the Fillmore, more underground concerts can be found at UrbanStreetz and NY Mag.

Concerts in Central Park are a staple summer activity and a great place to take a date, friend or anyone who wants a massive dose of New York tradition in an afternoon or evening. Although you’re mostly limited to the summer months for Central Park Concerts, the choices when the weather is nice are nearly limitless. The New York Philharmonic plays classical and teams up with the Metropolitan Opera, small acts take up posts around the park, and every so often a pop star at the top of their career will play a free show and draw crowds visible from space.
To keep track of all the music options, www.centralpark.com offers a membership service where they’ll notify you when new acts are added to the lineup.

New York is the home of Juilliard and considered by some to be the seat of culture in America, so it’s a safe bet that travelers looking to take in some classical favorites can find a show. Popular venues include Carnegie Hall, the Juilliard School of Music, where performances are free and almost daily during the school year, as well as the Brooklyn Academy of Music and the Alice Tully Center (part of the Lincoln Center) where Philip Glass performs regularly.

New York’s electronic and dance music scene is up there with the best in the world. Anywhere there’s a high concentration of young people there are dance clubs and New York is no exception. But New York electronic music is not just limited to dance clubs. Famous groups tour through New York to play sets and many folks will come out just to hear their favorite DJ and make it a memorable night. 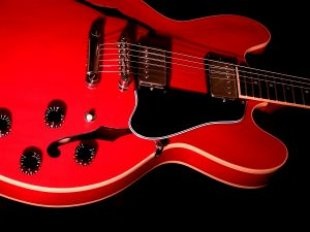 Rock and roll may be hard to define, but you know it when you hear it. You’ll know when you hear a rock concert in New York too: there will probably be ringing in your ears and sweat on your face. Some of the best rock concerts are outside in the park during the summer, in the winter the bands move inside, playing venues like The Knitting Factory, The Bitter End, and Ace of Clubs.