New York ‘CityPass’ is actually quite a good deal 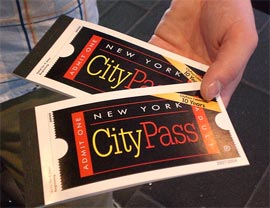 Being perfectly honest, most of these city-pass deals around the world are not a good value for most travelers. Typically they’ll combine free admission to twenty or thirty museums with a multi-day public transport pass, and they’ll throw in some dubious “discount” coupons that are probably better off ignored anyway. The New York CityPass is a rare exception for a few key reasons, and is definitely worth consideration from every first-time visitor.

Why this one is actually a good deal

Most of the other ones I mentioned above trick you with math. They include free admission to perhaps 30 different things, and you have to use them in 3 days or fewer as well. Only the most hardcore museum nut wants to see more than 3 or 4 museums on one visit, so most of these extra passes always go unused. This CityPass only includes worthwhile attractions, and they give you 9 days in which to take advantage of them all. 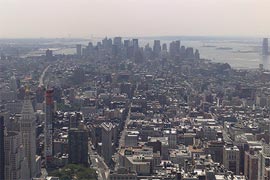 Let’s do the math

So at a minimum you’ll see the:

Even only going to 2 of the museums, the total for an adult is around $94, and you also have to stand in lines at all these places as well. With the CityPass it’s a flat $74 and you can skip most admission lines, and you also have 9 days to drag yourself to the 2 remaining museums. When those things are $20 each it’s easy to skip them, but if they are included in a pass like this you don’t mind going for an hour or so just to check them out.

You can buy them in advance online from the official New York CityPass site.

What about the CityPass “extras”?

Your pass also includes a few extra coupons, and most of them aren’t really too useful, although one will save you $5 on a 2-day hop-on/hop-off bus tour, which I don’t really recommend (at least the 2-day version), so that’s of marginal use. But you do get a Bloomingdale’s Visitor Shopping Package that can be very cool if you are going to do some shopping in New York. Bloomingdale’s is an excellent department store with a great location and decent prices, and among other things you’ll get 15% off all your purchases for one day, although I’d guess that some sale items are excluded from that. You are going to want to check out Bloomingdale’s anyway, so this coupon might actually be worth something to sweeten this deal even more.