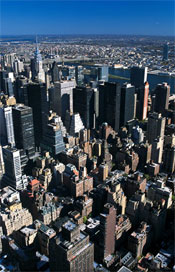 Lately we’ve been discussing various side trips that work well along with a New York trip, and of course Boston should be one of the first to consider. It’s one of America’s classic cities and it’s close and easy to reach from New York. There are certainly some similarities between the two places, but not as many as you might guess until you actually check them both out.

Getting to New York

Since you are visiting this site I think we can assume that New York itself is the higher priority of the two, and this is a popular choice. There are three huge airports in the area – two in the borough of Queens and one in nearby New Jersey – so finding cheap flights to NYC is usually quite easy from anywhere. Some things here are more expensive than they are elsewhere, but honestly the massive competition and number of flights available make this one of the most affordable cities to reach from just about anywhere.

It’s usually best to take the cheapest inbound flight that you can find, but if you find that all three airports (JFK, LGA, and EWR) have similar prices between them then it’s probably best to choose to fly into JFK. It’s the largest of the airports by far, but it’s the only one with a fast and cheap connection on public transportation. It can be a bit confusing, so we’ve put together instructions on getting from JFK to Manhattan on the AirTrain for you.

Where to stay in New York

This is where things start to get expensive. Cheap NY hotels can be rare if you are visiting during a busy time of the year, and they aren’t easy to find even when things are mellow. You might be tempted to save a bit of money by booking the absolute cheapest hotel you can find, and that’s understandable considering the prices, but do yourself a favor and make sure you are staying in Manhattan. The cheapest places tend to be near the airports or occasionally in the Outer Boroughs. You’ll save $20 per day and then spend at least 2 hours going back and forth, quite miserable the whole time. It’s just not worth it.

Getting between Boston and New York

This is an extremely popular route and you have quite a few choices including flights, trains, buses, or driving. The choices can be quite similar so we’ve put together a guide on getting between NYC and Boston that should help you decide. There are usually cheap flights to Boston so that can be tempting, but it can actually be faster to take the train, and much cheaper to take the bus, so it’s a good idea to weigh all the options before you lock one in.

Where to stay in Boston

The tourist area of Boston is very concentrated and it’s much, much smaller than even Manhattan, much less the entire New York Metro area. Hotels in Boston are spread out through the downtown area, and as long as your choice is central you can’t really go wrong. There are plenty of nice and good value places near Copley Square, which is a great location in general. The public transportation is good, but the city is famously a nightmare for drivers if you don’t know your way around, so don’t plan on driving in Boston if you can avoid it.