New travel deals site has a steady stream of bargains 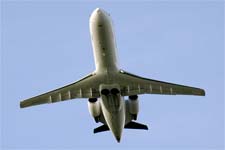 For anyone flying to New York City, or anywhere else for that matter, you might be interested in a new site called cheaptravelscout.com. It’s constantly being updated with the best travel deals for destinations all over the world, so it’s a pretty good one-stop shop to look for bargains before you book.

For example, here’s a short story about a fare sale on Virgin America Airlines, which includes a fare from San Francisco to New York for $179 (one-way based on RT purchase). Some of these deals come around pretty quickly and the better ones only last a few days or a week, so you might consider adding the cheaptravelscout RSS feed to your reader.