New York is a state in the Northeastern region of the United States. It is bordered by New Jersey and Pennsylvania to the south; Connecticut, Massachusetts and Vermont to the east. To the north and east, New York has a maritime border with Rhode Island and an international border with Canada.

Here is a map of the New York State 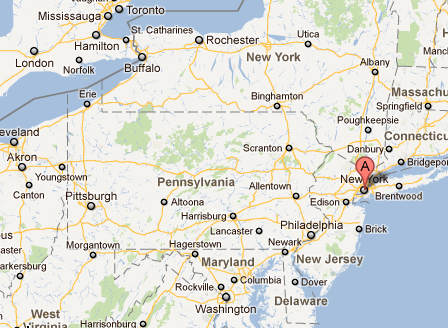 Obviously , this is a map for general reference. If you want to rent a car and drive in New York , you will need a good driving map, which you can purchase once you get to New York or download from specialized sites.

Since there’s no way around avoiding using the public transport (and especially the subway) when you are in New York City, a subway map is a very good choice.

When it comes to tackling the New York City boroughs and neighborhoods on foot, you’ll need a good map showing both the sights and the public transportation. And since New York City is huge, it’s best to buy maps for each neighborhood. For example, this Streetwise Downtown Manhattan Map will come in handy when you decide to explore the area on foot.