Manhattan hotels seem to be getting even cheaper

Lately we’ve been writing about some pretty amazing deals for NYC hotels, and if anything the deals seem to be getting even better as the summer goes on. In case you’ve yet to visit New York City before, a small hotel room with a decent location in Manhattan would usually start around $150 at the most disappointing places and start around $200 per night at places that most people would consider decent. 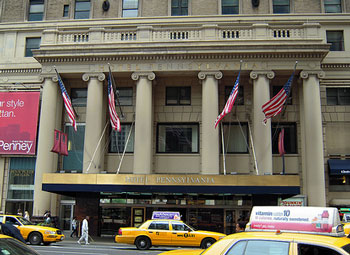 Right now I’m seeing rates at quite a few Manhattan hotels starting under $100 per night. It’s true that there have always been a few places with rooms starting at $80, but those are literally shabby “residence hotels” with bathrooms down the hall and even seemed overpriced at those rates. This summer everything is different.

Over at a site called getaroom.com they are listing the Hotel Pennsylvania, which is just across from Madison Square Garden, starting at $111 per night, and you can save $25 additional by booking 2 or more nights. On the bottom of the same page they list 3 other Manhattan hotels starting under $100 as well.

Finding cheap hotels in New York City used to be like finding filet mignon at McDonald’s, but now it’s a buyer’s market and each hotel has to come up with a special deal to even hope to fill some rooms.

Getting here continues to be crazy cheap

Unlike summers past, you can find flights to JFK at prices that used to be unheard of during the mid-winter off-season. You can fly from the West Coast for under $300 and sometimes for closer to $200 if you catch the right sale.

Yes, JFK Airport is by far the largest of the three in the area, but several of the discount airlines fly into LGA (LaGuardia Airport) as well, so it’s important to check all your options. Depending on where you are coming from you might find a great deal into Newark Airport as well. It takes a bit more time to get into Manhattan from Newark, but only around 20 minutes more, so if you can save $50 it’s probably worth it.

From LaGuardia and Newark you have to take a taxi or shuttle buses, and those tend to be expensive and a hassle, respectively. But if you are flying into JFK you’ve got the AirTrain, which is fast and cheap though it is a bit complicated until you’ve done it the first time. For your convenience, I’ve written up instructions for getting from JFK to Manhattan on the AirTrain, so read that and you should be set.