Hotels in the Upper West Side 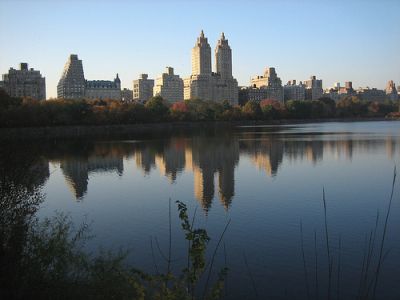 An area of the city known for its Columbia and Barnard student population and upscale residential neighborhoods, the Upper West Side in New York City is bounded on the south by 59th street, Central Park to the east and the Hudson Rover to the west. Featured as a setting in many movies and television shows, the Upper West side is renowned for its colorful community and rich cultural life, as well as the residential area of choice for many artists, writers and musicians.

While many people coming to New York may think they want to stay near the tourist-trap center in one of the hostels near Times Square, those looking to get away from the tourists while still being located in Manhattan may opt for a hotel in Upper West Side instead. (If you’ve got a good sized budget for your hotel in New York, you may also want to check out Hotels near Union Square).

The Broadway Hotel & Hostel is a contemporary, mid-rise hostel conveniently located on the Upper West Side (two short blocks from the One-Hundred-Third Street Station and five short blocks from the Ninety-Sixth Street Station). Central Park is within walking distance, as are a variety of top-rated (yet inexpensive) restaurants. The hostel’s dark modern Asian-themed décor contributes to its low-key, uptown atmosphere.

The Broadway offers private rooms with double beds as well as traditional four-bunk hostel rooms. A substantial discount is offered for rooms booked online. At the time of this review, the only acceptable forms of payment are cash, traveler’s check, or money order. The guest room pros slightly outweigh the cons. The rooms have contemporary Asian-style furniture (dressers, nightstands, bedside lamps, and bed frames) and modern paint finishes. They have crisp white linens, lots of pillows, warm blankets, and soft duvets. Each room has a radiator, a ceiling fan (but no air conditioning), and a keyed lock with deadbolt (but no chain). Private rooms have small televisions (without remotes).

Another added bonus to staying in the Upper West Side is that you will be in a hotel near LaGuardia airport, which is a shorter cab ride away from this part of Manhattan than Midtown or the Lower East Side.

The Newton Hotel is located eight miles from La Guardia Airport in the Upper West Side of Manhattan, N.Y. Riverside Park and Central Park are within three blocks of the hotel, and Columbia University and Lincoln Center are within two miles. This smoke free hotel offers reasonably priced accommodations in a quiet neighborhood filled with quaint brownstone buildings. Tours of the city can be booked at the hotel’s 24 hour front desk. The lobby business center features high speed Internet access with print, fax and photocopy services. Guestrooms feature mahogany furnishings and simple d?cor. Wireless Internet access, cable television and desks are provided. Rooms include microwave ovens, refrigerators and coffeemakers. Select rooms include private bathrooms.

The Broadway Plaza Hotel is located in the center of the garment district at 27th Street and Broadway. The hotel is one block from Madison Square Park. Madison Square Garden/Penn Station and the Empire State Building are six blocks away. Macy’s, 34th Street and Herald Square are also six blocks from the property. Rockefeller Center and Radio City Music Hall are one mile from the hotel.

The 4th Floor Lounge offers complimentary breakfasts in the morning with coffee and tea served 24 hours per day. The Broadway Plaza Hotel also provides 24 hour in room food delivery service from participating restaurants in the area. Wireless Internet access is available throughout the hotel for a fee. Pets are allowed for a fee.

If you are looking for a smaller, yet still fairly affordable boutique hotel in New York, the Park 79 is a good option. Located near Broadway and Central Park, this hotel allows guests to escape from the hectic noise of Midtown Manhattan, while still offering up a great location close to many of New York’s best restaurants and bars. In a neighbor notorious for up and coming chefs and terrific ethnic food, this hotel offers up a convenient location and unique, sleek and comfortable rooms at affordable prices.

The Hotel Belleclaire’s newly renovated rooms offer you a rich and modern atmosphere to relax and enjoy regardless of the reason for your visit to New York. Complimented with flat screen TVs, iPod docking stations and free high speed wireless services, we hope to give you some of the best in-room entertainment; whether it’s ordering a pay-per-view movie or listening to your favorite songs on your own iPod. The Hotel Belleclaire is also one of the few hotels in New York that can accommodate group visits with style and comfort.

The Imperial Court Hotel, with its grand marbled lobby, offers newly decorated and appointed accommodations for the business and vacationing traveler who require more than an overnight stay. Imperial Court is a unique hotel appealing to those that do not want to stay amid the hustle and bustle of congested midtown – yet excepts 24 hour front desk service, room service, maid service, 2 elevators, laundry room, baggage storage, and 24 hour Security. All newly remodeled and well appointed rooms offer a unique, relaxing and sophisticated European ambiance.

The Lucerne Hotel is located in the Upper West Side of New York, N.Y., one block from shopping on Columbus Avenue. Central Park is two blocks from the hotel. Beacon Theater is five blocks away. Rockefeller Center, Times Square and the Guggenheim Museum are two miles away. The nearest subway station, at 79th Street and Broadway, is within one block. Hotel Features. Built in 1904, The Lucerne Hotel is a smoke free property. Mediterranean cuisine is served at the Nice Matin, a French Riviera inspired restaurant that boasts terrazzo floors, a curvy zinc bar and plush chairs. The restaurant, named after a daily newspaper in the French Riviera, features a wine list, specialties such as fennel cured mackerel and a sidewalk cafe. The hotel includes a fitness center with cardiovascular equipment and free weights, along with passes to Crunch Fitness center.

Called the “jewel of the Upper West Side,” this chic, luxury boutique hotel. While the rooms at this hotel certainly don’t come cheap, this hotel has also been ranked as being a good buy. In a city where hotels are notoriously expensive, Hotel Beacon packs a big punch for the price, offering up rooms just steps from Zabar’s gourmet bazaar, the Lincoln center and more.

All of the generously sized rooms and suites include marble bathrooms, kitchenettes with coffeemakers, pots and pans, stoves, and microwaves. Closets are huge, and some of the bathrooms have Hollywood dressing room-style mirrors. High floors have views of Central Park, the Hudson River, or the Midtown skyline; the staff here is especially friendly and helpful. The Hotel Beacon makes a nice choice to explore a different corner of New York in a safe, exciting residential neighborhood.

The Excelsior Hotel is a beautiful luxury four-star landmark in Manhattan’s Upper West Side. This Manhattan Hotel is located in a fashionable neighborhood between Central Park and Columbus Avenue where you can overlook many of the West Side’s attractions from Central Park, American Museum of Natural History and the Rose Center for Earth and Space.

At the Excelsior Hotel New York you will find luxury and elegance throughout the hotel and in our lodging accommodations. We feature one and two bedroom suites and queen rooms to accommodate your personal comfort. Our rooms are decorated in a French motif. After a long day of sightseeing, come to the Excelsior for relaxation and comfort.

The Empire Hotel is bordered by open expanses of green parkland. As such, this property affords some of city’s finest views of Upper Manhattan, the Hudson River and Central Park. The Empire Hotel also occupies a privileged location between Lincoln Center and Central Park in New York City, N.Y. This property stands on West 63rd Street directly across the street from Dante Park. The Time Warner Center and the Shops of Columbus Circle stand one block from the hotel.

Even if you haven’t watched The Apprentice, you probably have heard of Donald Trump (or at least of one of his several ex-wives or model daughter). This hotel is located across the street from Central Park and Columbus Circle in New York, N.Y. This high rise property is adjacent to The Shops at Columbus Circle.
In line with Donald Trump, this hotel has lavish décor, featuring a high ceilinged lobby with zebrawood paneled walls. Donald Trump selected the lobby’s brilliant chandelier.

The hotel’s health club contains a 55 foot indoor lap pool, a selection of cardiovascular and weight training equipment, a day spa, steam rooms and saunas. Chilled, lavender scented towels, lemon infused water and fresh fruit add incentive to each workout. The fitness room is open 24 hours, whereas the pool is available during daytime hours. Personal trainers, yoga sessions and fitness evaluations may be scheduled, on request. Spa treatments include the Trump signature Fitness Facial and the Liquid Gold Body Wrap.