Although the rags lament a shortage of celebrities in the Hamptons every few summers and bars and clubs even go so far as to give away cars to visiting stars, never fear, they always come back. The Hamptons are famous for the influx of wealthy folks each year, and certain household names can be found there year round. 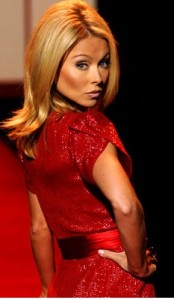 Vera Wang—the fashion icon, wedding dress guru and former figure skater has a place in the Hamptons that she keeps all year and although New York is listed as her primary residence, Wang is known to visit the Hamptons at any time.

Howard Stern— a recent addition to the repertoire of celebrities expected to be seen at the Hamptons parties and fundraisers, Stern has recently moved into a new house on the water.

Ralph Lauren—Not sure how you’re supposed to dress when you go to the Hamptons? Ask this guy. The polo-playing mascot on his line of shirts was inspired by the weekend matches on Long Island.

Billy Joel—he writes about Hamptons landmarks in his songs, shows up at most of the parties and spends a ton of time here. From the sounds of things, you’re just as likely to meet him in the local maritime museum as a new restaurant. 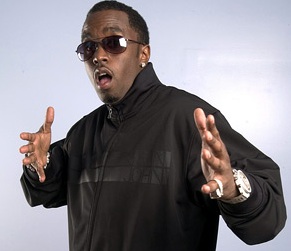 Sean Combs—Puff Daddy, P Diddy, whatever you want to call him, the hip hop mogul has assimilated into the Hamptons with his White Parties every summer in which each guest is instructed to wear all-white and Combs displays artifacts of anglo-saxon culture, like a 1776 copy of the Declaration of Independence one year or addresses the party from a balcony of the house a la Jay Gatsby in The Great Gatsby.

Most celebrities are on drop-in status with the Hamptons, so they can’t be called regulars, but if you’re inclined to spend a few afternoons looking, here are some of the spots where you’re likely to find the famous faces. 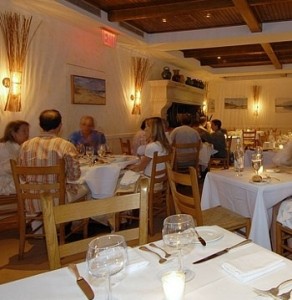 The Hamptons have famously and admirably kept fast food and large chain stores out of their city limits. That has led to good, unique food in the heart of East Hampton, and this gourmet restaurant outclasses most of the others and remains the center of the social scene.

Make your reservation two weeks in advance unless your name is listed above.

Sailing and eating are the predominant themes at this yacht club restaurant with views out Three Mile Harbor in East Hampton. The view, fresh seafood and seafaring ambience bring in a discerning line up of patrons, both boat owners from the marina and folks you might recognize from a TV show or movie.

Open year round, this is a good bet in the winter as the views are just as satisfying from inside the glass or out on the deck. 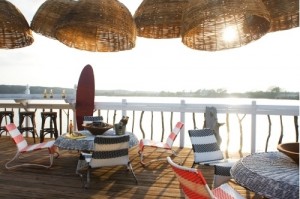 Nautically themed but in a very different way, The Surf Lodge is another spot to find the rich and famous grabbing grub in Montauk. Lets face it, whether it’s to show off the bod or stay in shape, stars like surfing. And when you combine the sport with the culinary craftsmanship of their southern chef Sam Talbot, you get a spot that pulls in faces from daytime TV, gossip rags and even the occasional movie star.

The Surf Lodge closes in the winter, so schedule your visit for a warm afternoon in the summer.

This gourmet restaurant in Sag Harbor places a premium on food and culture and with good reason. Located on the bottom floor of a hotel that’s been standing in that spot for several centuries, the restaurant is surrounded by history and a classy atmosphere. The American Hotel’s history and stature also makes it a popular place to stay in East Hampton and once you take a look at the wine list you might be tempted to get a room so you can enjoy the restaurant’s full offering and then retire.

Open year round, everyone sits together in an open room, so this is a great spot to see and be seen.

One of those places that you should have a meal at whether you give a damn about celebrities or not, Starr Boggs is the place to give up vegetarianism for a night and indulge in one of the platters of pork chops, steaks or crab cakes. The dining experience is at its best in the summer when you can eat outside like it’s the tastiest, most gourmet barbecue you’ve ever been to.

Starr refers to the head chef’s name and not who you’ll see, but still the celebrity sightings are common.

Another one of those places where you can get a truly impeccable glass of wine, Nick and Toni’s menu revolves around what they can do with a brick fired oven, some dough and fresh-tasting ingredients, many that they’ve grown in their one acre garden. The theme of the food at this East Hampton spot is loosely Italian, with pizza and pasta serving as the main options, but not strictly so.

Seafood options add diversity to the menu, call ahead for reservations. 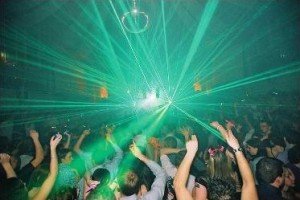 Going clubbing in the Hamptons is a courageous choice, since clubs around the rest of the world might not compare once you’ve partied here. The Pink Elephant, in Westhampton combines booty-bouncing beats with elegant woodwork and the sort of classy atmosphere you’ll probably come to expect should you start to spend time in the Hamptons. Lucky for you, Pink Elephant does have clubs around the world, in the most party-friendly spots on the globe: NYC, Sao Paulo, Brazil, St. Barths, in the French Indies, Park City, Utah and the Hamptons.

This is one of those places that pays certain celebrities for appearances and uses them to keep their profile high among the Hampton kids, but still, they know how to throw a party and they let in the 18-20 year olds without letting the drink so you can go out with your kid brother and still have a good time.

Check out the Whitehouse on big holidays for special celeb appearances and performances.