Going to Dallas for Super Bowl 2011 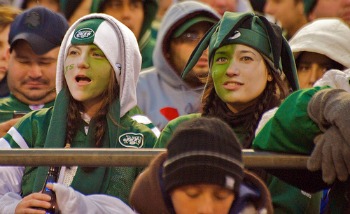 There are several reasons why people in the New York area would find a trip to Dallas appealing in February, not least of which is the weather. Especially after the winter we’ve had, getting a break from snow sounds particularly nice. And this February, there’s an added reason why a trip to Dallas might be in the cards – the Super Bowl.

Of course the teams that will be playing in the 2011 Super Bowl haven’t yet been decided, but as long as the NY Jets are in the running, some New Yorkers will be interested in going to the game. And since the clock is ticking, it’s smart to start looking at travel deals for Super Bowl 2011 even before the final two teams are set.

First off, while airfare into Dallas in the winter may not normally be super high, prices go up for any special event like the Super Bowl. This means finding cheap flights to Dallas may be more difficult than you’d expect.

Second, even though the teams haven’t yet been determined for the game, it’s likely that many of the hotels in Dallas are already booked solid over Super Bowl weekend. Some people may be waiting until the teams are set to make a final decision on whether they’ll go to the game, in which case some of those hotel rooms may open up again, but there’s no telling where they’ll be in the city.

You might find some last minute bargains, but it might also be a good idea to look at Super Bowl package deals, too. Some of them include extras like tickets to the game, souvenirs, and ground transportation, too – all of which make booking a really last-minute trip easier to handle.

And hey, even if the Jets don’t make it into the big game, that doesn’t mean you can’t get out of town next month anyway. Valentine’s Day is coming up, after all, and there are plenty of romantic travel deals out there to places that are warmer than New York!