Getting cheap airfare to New York 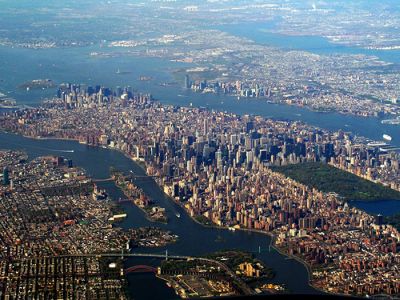 Airfares have been astonishingly low lately, but those low fares certainly aren’t making customers any more satisfied with the airlines. In an effort to cut losses from the low fares and suffering economy, many airlines have taken to extra checked bag fees, never feeding costumers on flights and making passengers pay for their bag of peanuts. This has upset costumers, who despite flying for a whole lot less than they did a year ago, are still not thrilled with the way airlines have been doing business.

That being said, there are a few airlines that fared better than others in a recent airline customer satisfaction poll done by J.D. Power and Associates. Out of the low cost carriers, JetBlue flights seemed to do the best in customer satisfaction, ranking highest for its aircraft and in-flight services.

Not only did JetBlue rank high on customer satisfaction for a low-cost carrier, they also often have the best deals on airfare to New York. With so many flights coming in from the west coast and the rest of the country into New York, you are often best off checking on JetBlue flights for the cheapest fares.

If you are looking to get to New York this summer or fall (and don’t want to pay a lot for airfare), there are a few tips for finding the best deals on airfare to New York:

If you are looking to save the maximum amount of money on your trip to New York, there are plenty of other ways to cut corners so you have more money for Broadway tickets, bottles of wine and shopping in the Big Apple. Arranging your JFK airport parking can be one easy way to save time and money. You can also eat on the cheap in New York during most of your stay, saving extra bucks for a nice meal sometime during your trip.