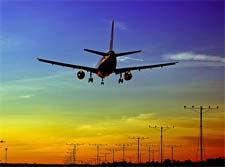 This is already a great year to visit New York with the lower prices on just about everything, but recently we’ve come across some amazing deals on flights to New York that are worth mentioning because they aren’t as easy to find as you might think.

Two discount airlines, namely JetBlue and AirTran, both fly into New York City from all over the United States, and both of them are offering fares below $300 roundtrip from just about everywhere they each fly. One reason this is worth pointing out is that many of us use airfare aggregator sites like Kayak.com, and JetBlue rarely shows up in those searches, and AirTran only does sometimes.

United Airlines is also running amazing deals right now, with Los Angeles to New York City flights starting at $218 roundtrip. So the best advice is to check those aggregator sites like Kayak, and then also check the individual airline sites of carries like JetBlue or Southwest, and you’ll often find fares even lower than on Kayak. You can also find a great deal on a cheap international flight now if you are coming from abroad. It’s a buyer’s market, and even though the airlines are losing a ton of money this year, it’s our duty to take advantage of this price war and get moving!

There are plenty of cheap hotels in New York once you get here as well. Last summer, for example, you’d probably be looking at about $200 per night for even the smallest and most basic place, but this summer the hotels are wheeling and dealing, and finding nice rooms for around $140 is not difficult, even in great neighborhoods.

If your budget is still on the low side for those prices then you should consider one of the many hostels in New York. You can find them in almost every neighborhood, and prices for beds start around $40 per night, though some are a little cheaper than that even. While hostels are great for meeting people, they might not be the best bargain this summer. If there are two of your traveling you might be able to find a private hotel room for around $100 that has advantages over hostel dorms, but if part of your agenda is the social side of things, the hostels will probably be your best bet anyway.