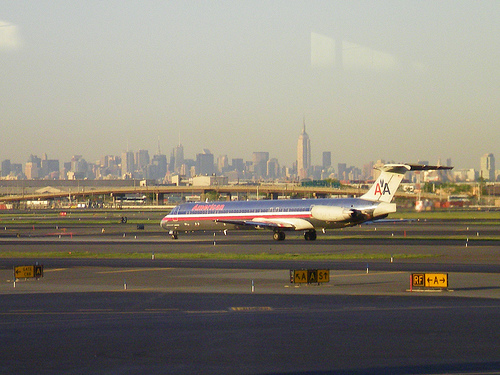 New Yorkers really do have it all – the best pizza, great art museums and theatres, and not one, but three great gateways to explore the world. With millions of people and thousands of flight options every day, New York offers perhaps the greatest range of travel options of any city in the United States. It seems there’s always a great travel deal leaving from New York City….if you can find it. Savvy travelers always seem to snag those super low cost fares before they’re gone, and now you can too.

BootsnAll just launched a great new tool called  GettingFrom.com, which can help you find the lowest priced fares from New York. Just enter your departure city and you’ll see  a daily updated list of the lowest airfares available from that city, keeping you better informed of your options so you don’t miss out on a great price.

We’ve heard a lot lately about gas prices driving up the cost of flights, so we conducted some research to see if there were any deals this summer. Thankfully, the answer was a resounding yes…especially from New York.

>> Read more about what we found out about domestic vs. international travel from New York this summer

While the cost to travel to domestic cities like New Orleans and Las Vegas was on par with other major cities (under $300), there were also great deals to Alaska (under $500) and Paris ($800) and other main hubs in Europe. But perhaps one of the most surprising discoveries was that there were even some great deals to destinations much farther away. The flight from New York to Sydney in August was only about ten bucks more expensive than the flight from San Francisco – a much closer city. The sheer size of New York and the amount of competition for long haul flights departing from the airport means that you can often find deals even to unlikely destinations.