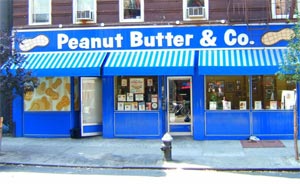 New York City is so filled with monuments and museums and famous stars and world-class nightlife that adults will literally never run out of things to do, but keeping children happy in this city can be a little tricky. Obviously you’ll want to mix things up because museum exploring and shopping are two of the best ways for kids to glaze over and turn on you.

The city is actually filled with great diversions for the young ones. Several museums have displays meant specifically for children, and quite a few restaurants in the city are also mostly geared to families. Here is a list of places to consider mixing in to your trip so the kid-powered mutiny doesn’t happen to early or too often.

From October through April Manhattan has two famous and easily reached skating rinks. Both are open to the public and both rent skates. The one in Rockefeller Center is much smaller and more expensive, but it’s just a few blocks from dozens of hotels. The Wollman Rink in the southern part of Central Park is probably a better idea for most people. It’s far larger, a bit cheaper, and much less embarrassing for non-experts.

Between April and October there is no outdoor ice skating, but obviously many other outdoor activities become possible. Of course, Central Park is the main attraction for park activities, and unfortunately it’s almost the only attraction for most visitors. On your Manhattan map you’ll see small parks every 10 or 20 blocks, but visiting them is another story. With few exceptions these tend to be concrete surrounded by gates. Washington Square Park in Greenwich village is mostly concrete, but there is a fountain in the center that kids can run through so it’s a good family stop.

Central Park has no end of green spaces, but there is also the Central Park Zoo on the east edge of the park. And in the southern section of the park in the area around the Wollman rink there is a famous old carousel and a small amusement park.

There is a Children’s Museum of Manhattan located in the Upper West Side, but that is really mainly used as a field trip destination for local school kids and doesn’t offer much that is unique. The parents would likely get bored there as quickly as the kids would at the Met.

A better choice might be the Museum of Natural History, which was the setting for the 2006 film A Night at the Museum. The dinosaur displays in particular are usually a hit with children, but the huge museum has loads of other exhibits and displays that should hold the attention of all age groups, for a while at least.

Obviously most Broadway hits are not well suited to young children, but many are, particularly the ones based on Disney movies. There are matinees and special pricing plans so children’s tickets are often cheap and occasionally free along with an adult.

Most larger restaurants are used to families, but New York City also has quite a few theme restaurants that are actually aimed at least partially at the younger crowd. A few popular ones are: