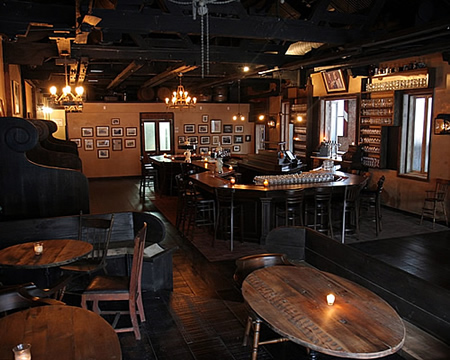 Just like there are plenty of traditional German Christmas markets outside Germany and just like you can spend St. Patrick’s Day like an Irish outside Ireland, you can also drink beer as a Germany….outside Germany. Actually, you will have to go over the ocean to check out one of the best beer halls outside Germany .

You’ll find it in Brooklyn, New York and is called Radegast Hall & Biergarten. But why is German beer so good and popular in New York? Back at the end of the 19th century, New York was filled with typical German breweries, thanks to the many immigrants who made Big Apple their home. Right now there aren’t that many typical German places, but the new bars keep the German style.

Radegast Hall & Biergarten, dubbed as one of the best beer halls outside Germany, is one such new comer, located on the corner of North 3rd and Berry Street. You can choose among nine German beers on tap and even more which come in the bottle. In other words, it’s worth it to look for cheap hotels in Brooklyn located close to the beer hall in Williamsburg.

If you are already in the USA, finding affordable flights to NYC is easy, thanks to the many low cost carriers serving the Big Apple. If you fly from Europe, make sure to check for flights in advance and try to avoid flying during the peak travel season and on weekends. Typically, the best fares are available for flights between Monday and Thursday, during the shoulder season (April, September).