Celebrity spotting – with a delay 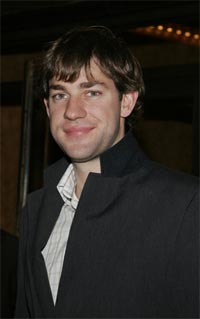 But of course these sightings are always totally random and unpredictable. You can drastically increase your chances by spending a lot of time in Downtown Manhattan, but still on any given day you won’t recognize anyone.

Those pretentious dropouts who run gawker.com are mostly useless, but a couple years ago they started an interesting webpage/service. It tracks celebrity sightings on a map, usually with attempted-humorous captions and sometimes interesting random photos. It’s gawkerstalker, and I’ve been following it since it debuted in 2005.

Part of what I find fascinating are the patterns you notice of whom is seen where. On any given day they only have from 4 to about 12 sightings they record, but the full archive is there in modified blog style. You’ll quickly see the common grouping of certain celebrities being spotted during the day in Midtown in front of media buildings, and most others being spotted living their normal lives near their homes in Greenwich Village and SoHo.

When it debuted various publicists whined that it would be an advanced tool for stalkers, but ever since it began there has been at least a few-hour lag between most sightings and their postings. To be honest, I never check it more than once a day, so for all I know they only update it daily.

If you are planning your trip to New York City and you want to increase your own chances of a celebrity sighting, check the site from time to time and you’ll see which parts of Greenwich Village and SoHo come up most often.